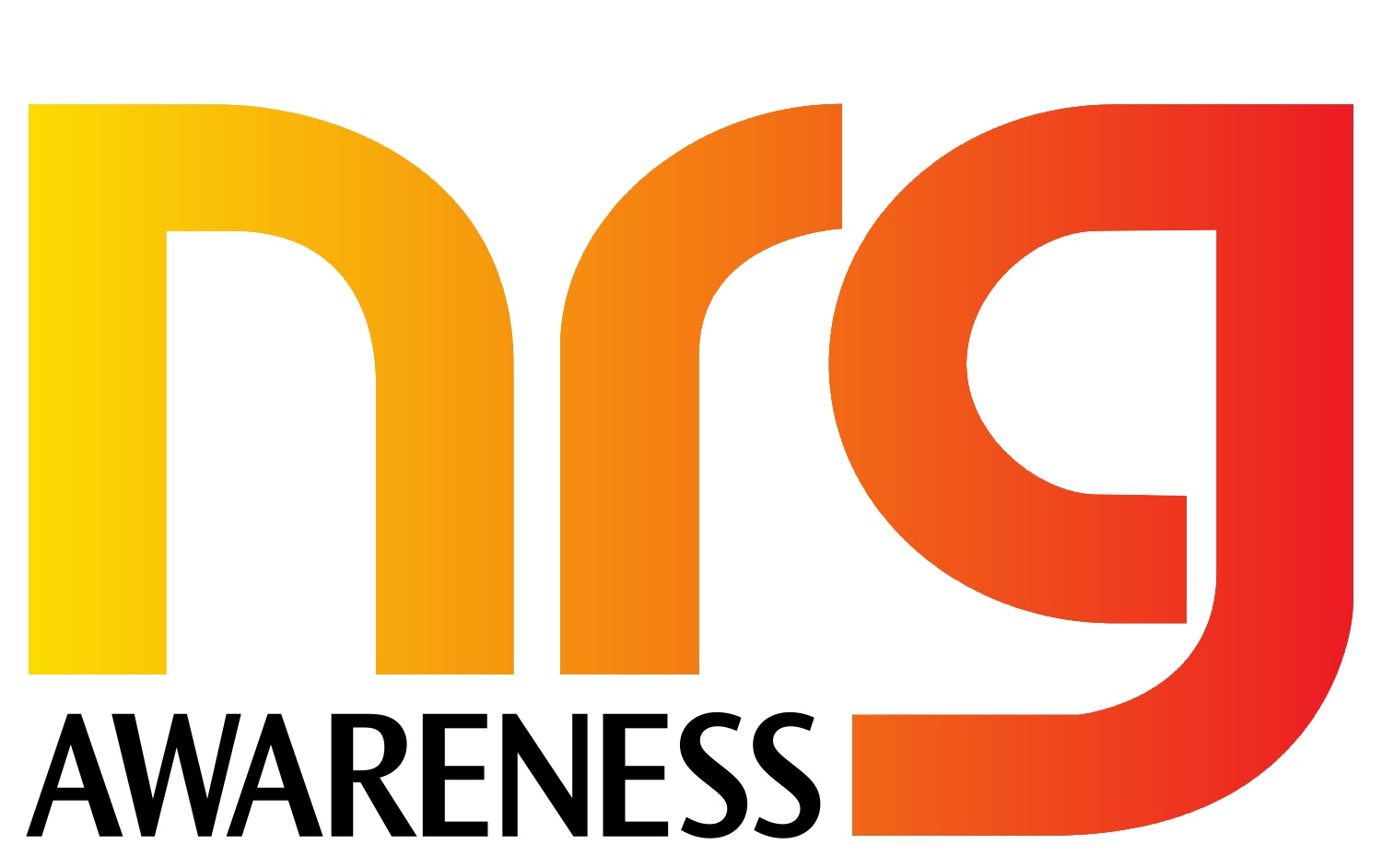 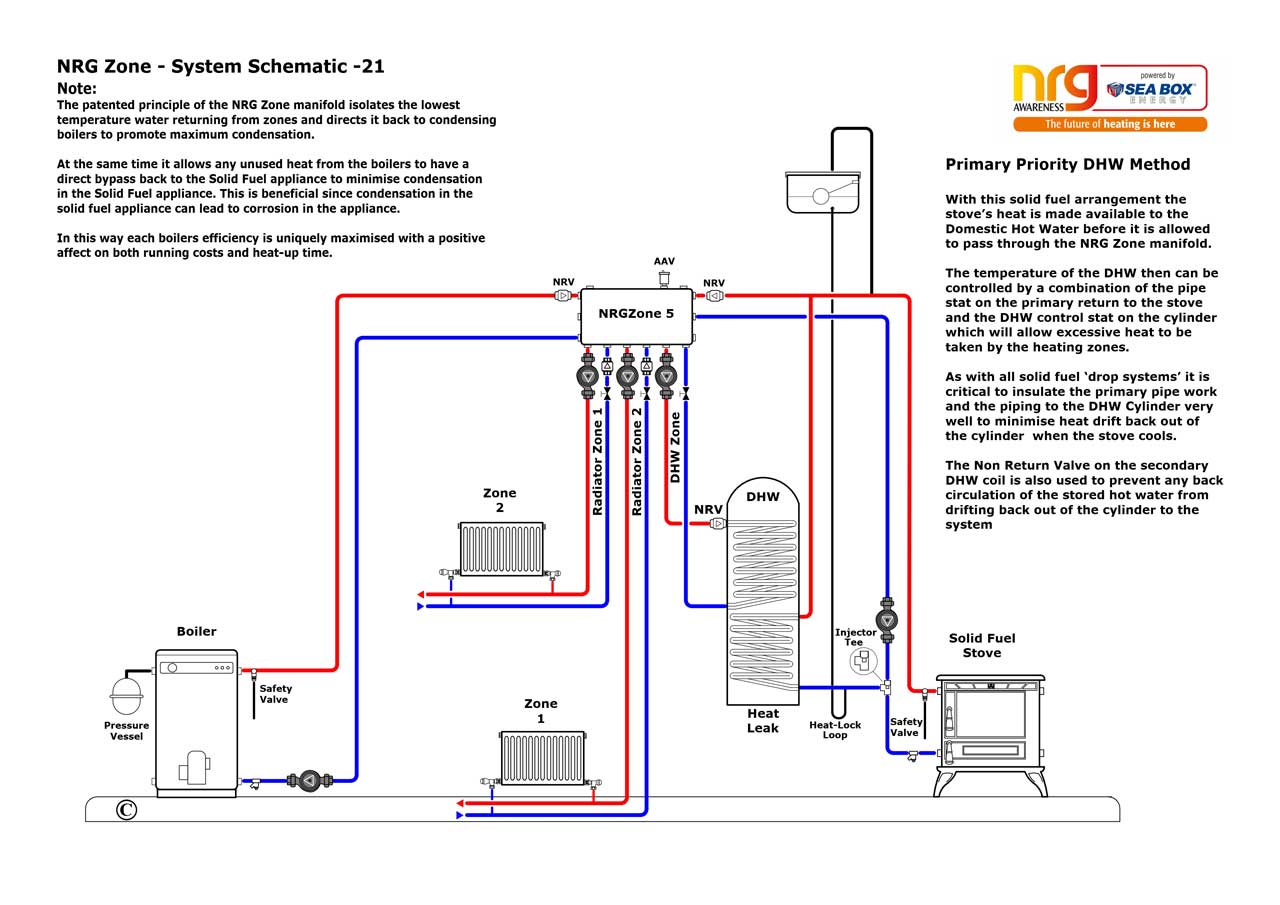 System schematic of an open vented system with an oil boiler and a solid fuel stove as the heat source. The system has two central heating zones with radiators and a domestic hot water (DHW) cylinder.

The NRG Zone 5 manifold ensures that the boiler receives the coldest possible return water so that it is working under optimum conditions and with optimal efficiency. This is especially important for condensing boilers as it greatly increases the likelihood of the boiler operating in condensing mode, which is by far the most efficient. The manifold also ensures that the central heating zones and the DHW cylinder have access to the warmest possible water for their flow.

With this solid fuel arrangement the stove’s heat is made available to the Domestic Hot Water before it is allowed to pass through the NRG Zone manifold.